Locked in a tight game for the second straight week, the kick return team made a big difference for the Aviators.  D. J. Hancock had a kick return for a touchdown to help gain momentum late in the game.

Defensively, the run game of Carrollton posed problems for the Aviators, and the Warriors scored 20 points in the second quarter alone.  Outside of the second quarter, however, the defense played well enough to win, surrendering no more than one score in each of the other three quarters.

Still with a shot for a share of the Northeastern Buckeye Conference title, the Aviators hit the road this Friday for a matchup with the Salem Quakers.
READ MORE

Spirit Week Leads to a Higher Cause

Lost in a Masquerade 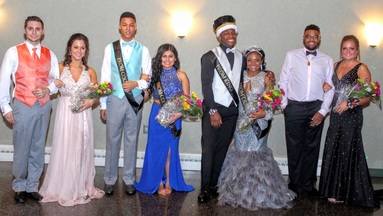 
Masks and beads were available for each guest when Alliance High held its prom with the theme of “Masquerade.”
As everyone arrived at Skyland Pines, guests had their photos taken in front of a backdrop built by junior Blake Brown. Brown also made the black, white and purple decorations, the DJ console and the photo booth. 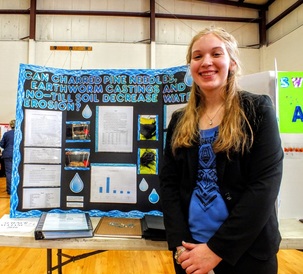 Six AHS students and 13 students from Alliance Middle School participated in the District 13 Science Fair at the University of Mount Union March 5. Several received awards or recognition for their projects.
​
Seniors Celeste Caserta and LeAnne Novak were each awarded a $1,500 renewable scholarship to UMU as well as the opportunity to compete at the Buckeye Science and Engineering Fair in April for their project in behavioral science.
READ MORE 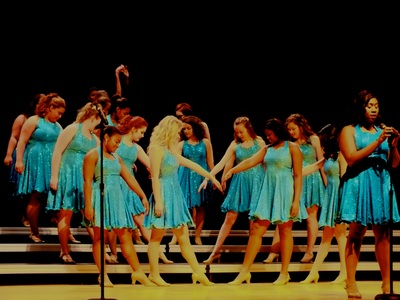 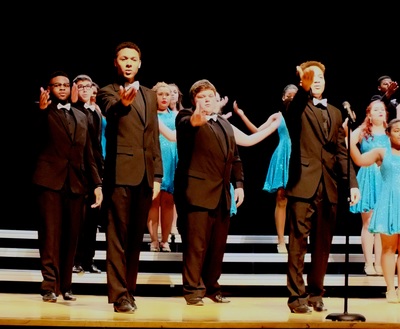 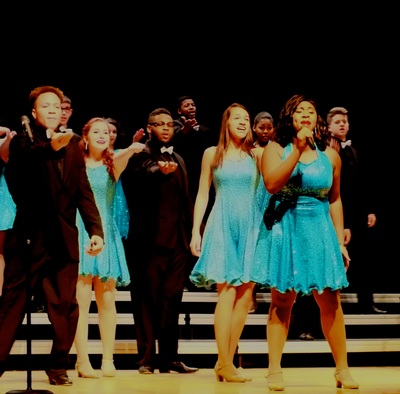 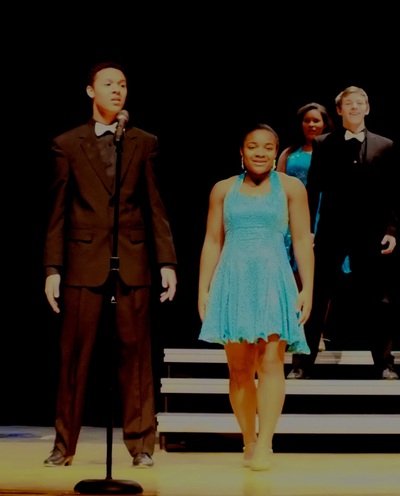 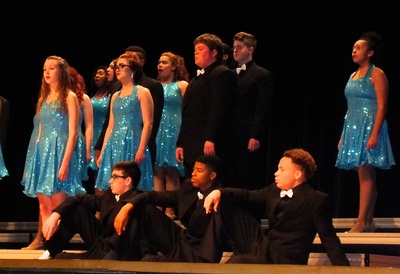 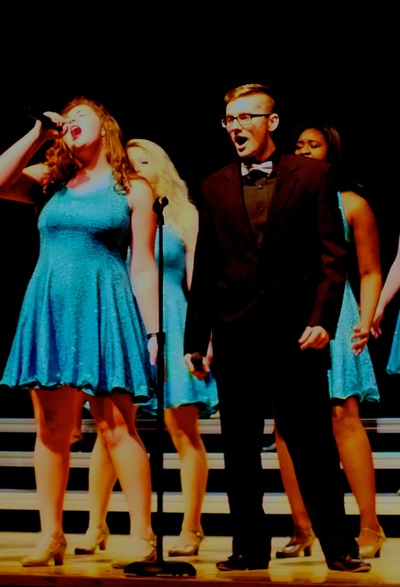 Alliance High's competition show choir, the Jetsetters, prepared for their first competition of the year by inviting classes to come to the auditorium 7th period and watch their performance. This year's theme was "Immortals"  and featured the songs, "I Was Here" (Shela Talbert, soloist), "Everyday" (Bryce Hood, soloist), "My Immortal"  (Phoebe Jackson and Brad Dennis, duet), "Forget You" (Braijon Clayton, soloist), "Shake it Off" (Natalie Dubaj, soloist), and "Centuries."

Story and photos by Barbara Mudrak
Red and Blue advisor

Alliance High School graduate Taurice Scott was the University of Mount Union’s first quarterback to start as a senior.

He is also Mount’s first starting quarterback to have changed positions. Last year, he was the Purple Raiders’ leading wide receiver.

But as he told current AHS students in a Black History Month assembly, he is even more proud of another first:“I was Mount Union’s first black quarterback,” he said. “I’m very proud of that.”

Preferring to walk the stage instead of stand behind a podium, Scott spoke to the students from the heart. He described his childhood growing up as one of eight children of a single mother in a violent Youngstown neighborhood.

When he was in middle school, an uncle who lived in Alliance casually asked if Scott planned to play football. This inspired him to ask if he could live with the uncle and attend Alliance High School. There, he said, he found a home and teachers and coaches who supported him.

At AHS, Scott was starting as quarterback his sophomore year. By his senior year, he’d earned all-conference and All­Ohio honors.

As he started college in the fall of 2012, he was the only freshman practicing with the famed Mount Union football team. Both his training and his classes were so grueling that he sometimes thought of quitting.

As quarterback and team captain, Scott led the Purple Raiders to a 49­-35 victory over St. Thomas in the Stagg Bowl, bringing Mount its 12th national championship and the first for Coach Vince Kehres since taking over for his father, Larry Kehres.

None of his successes would have been possible “without the help and support I received from teachers and coaches and others here at Alliance,” he said.

Scott’s talk was preceded by Lester Sanders, a motivational speaker, who recited “Still I Rise,” the poem by Maya Angelou, and read quotes from Dr. Martin Luther King, Nelson Mandela and other black leaders.

​TIE is a group mentorship program between the University of Mount Union and the high school “designed to help students navigate the potential difficulties of high school and show through example that a college degree is attainable,” said advisor Tennille Jones-­Lewis.
READ MORE 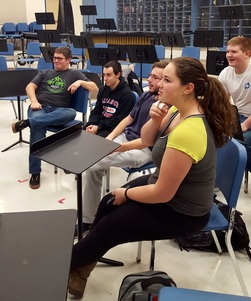 The Alliance High School academic challenge team is gearing up for the upcoming season with a core of young talent hoping to build on their experience from the previous season. The team returns young but experienced players from last year, a season in which they finished 2-5. With three of their five losses coming by very narrow margins, the team believes they can improve upon last year’s mark.
READ MORE

State Rep. Christina Hagan, R-Marlboro Township, representative of Ohio’s 50th district, makes it a point to visit a local school every semester. Recently she decided accept the invitation of Principal Shawn Jackson and visit Alliance High School.
At the end of the day, Hagan indicated that she was excited to see the interaction between students and teachers and was also impressed by the amount of technology in the classrooms.
READ MORE

Under the direction of Shaun Fontaine and Thomas Roblee, the Alliance High School band has worked tremendously hard to bring the best music performances to their audiences, whether in the football stadium or the auditorium. On Dec. 17 they performed many amazing songs for friends, parents, and staff in their annual winter concert. 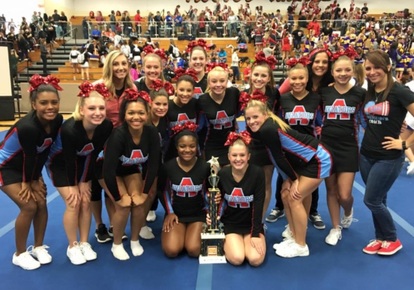 The AHS Competition Cheer Squad entered its first competition on Nov. 1 at Hoover High School and came out in first place.
The squad competed against five teams. One of them was Canton South, which competes with Alliance in the Northeastern Buckeye Conference. The Canton South squad came in second, losing to Alliance by several points.
Members of the Aviator squad were excited about the win and are looking forward to a good season.
​
READ MORE