Stick to Paper and Canvas
iPad Not a Medium for Art 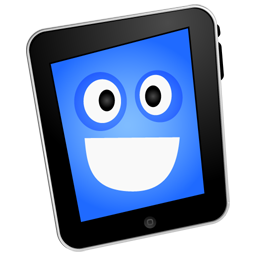 
Could you imagine how difficult it would be to paint a picture with only your index finger? David Hockney could tell you what its like to do that.

“Britain's most celebrated living artist, David Hockney, is pioneering the art world again. Happily hunched over his iPad, he is using his index finger like a paintbrush to create colorful landscapes and richly layered scenes on a touch screen,” said a story by the Associated Press.

I think that it would take extreme skill and patience to try and paint detailed landscapes on a small touch screen, especially with layering colors because it's hard to see what you're doing when you paint on an iPad.

There is almost nothing you can’t do on an iPad. It almost feels like those movies you see that are about the future where you can do anything with technology. Bf you ask me, iPads are not necessary for everything in today’s society, and art is one of those things.  I would much rather paint or draw on paper or canvas rather than doing it on an iPad.

The AP story says that the exposure on the iPad helps digital artwork gain legitimacy in the art world. Another article in the MIT journal Leonardo, Maureen Nappi argues that while iPad work is is novel, there’s nothing new about making art with your fingers. Although she described his work as “gimmicky,” Nappi says that she’s happy Hockney is doing this because she says it opens people's minds to technology in a new way.

There is an app called Brushes which Hockney uses. Like other drawing programs available, Brushes is being used by artists, illustrators, and graphic designers. They are all working together to develop new finger and stylus techniques with Hockney’s advanced work.

Kevin Hatch from Binghamton University says that David Hockney is one of the living masters of oil painting. Hatch also says that most artists like Hockney have adapted to using a device in some way as they create art.

I can see how using technology may make creating art easier,  but I feel that if you use technology, then the art somehow doesn't have your own personal touch, like it normally would.

I say that because artists have their own style, and it may not show as much as it would if they were doing it without a device. I also feel that creating art on an iPad may not give off as much enjoyment as it would on paper.

Also, I think that artists should stick to paper and canvas because I don't see how shading and blending colors would look as good on a device like it would on paper. There may be certain apps that help give us that look, but to me it just doesn't look the same.

Ultimately, I think that artists should stick to paper. As a viewer, I don't appreciate it as much when it’s on a device because it doesn't feel like there was as much effort put into it.

We Must Stop 6th Mass Extinction 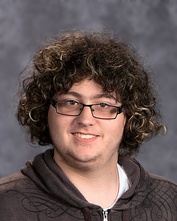 
Earth has had five mass extinctions so far, starting with the asteroid that wiped out the dinosaurs. The sixth mass extinction may be coming, and we’re the cause of this one.

Because of us burning fossil fuels in the last several centuries like oil, coal, and natural gas, we have caused global warming and have changed the earth’s climate. We have polluted lakes and rivers, even the ocean.

But even before civilization, people hunted the biggest animals like woolly mammoths, giant kangaroos, and giant sloths to extinction. Since the 1500s, we have killed off at least 322 types of animals like the passenger pigeon, the Tasmanian tiger, and most recently, the baiji.

Scientists call this sixth extinction the “Anthropocene defaunation” and they are not sure how quickly it is happening due to the beetles and insects that are being overlooked.

There are still big and fierce animals that are still at risk, like tigers, elephants,  whales and others. We as humans seem to show no desire to stop the activities that result in their extinction, like exploitation, habitat destruction and poaching.

But it’s not too late. Humans have brought back the black-footed ferret just from seven individuals. Condors have been nursed back to health. Hellfire salamanders have been brought back. People have physically moved around 424 species of plants and animals to protect them from extinction.

For such efforts to succeed, we must put careful attention to genetics and habitats. For instance, there is no point in bring the baiji dolphins back to their natural environment when the Yangtze river is still polluted and still overfished. But they can bounce back when the Yangtze river is no longer polluted and is no longer overfished, just like the Marin haddock and the Washington state coho salmon. Restoration of habitat and wildlife management has helped animals like deer, coyotes, turkey, and other wildlife come back as well.

We are not doomed to the sixth mass extinction. We can stop it by restoring habitat and being more aggressive about conservation. 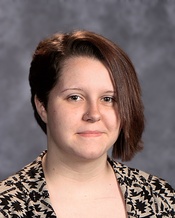 
Last year’s winter was the worst I think I’ve ever experienced in my 15 years. I remember one morning my dad tried to start the car to take me to school, but it wouldn’t start so I was over an hour late. We had snow past my my knees.

If I remember correctly it started getting cold at the same time last year as it is this year. Snow is always nice during the holidays especially Christmas, but not right after Halloween!

It was so bad last year that Alliance schools had several days off because the roads were so bad or temperatures were below freezing.  Akron had to shut down their roads after a snow storm one night because the city ran out of salt to put on the roads. In Cleveland more than 16,000 utility customers in Northeast Ohio remained without power for three days because of the early snow that nobody was prepared for.

I think Al Gore really popularized the concept of global warming when he ran for president in 2000. Since then it definitely has been brought up a lot more, considering the weather changes over the past few years. I don’t remember my childhood summers being so warm and the winters being so cold.

We have to admit that the way we treat our planet is the cause of most of this. People don’t realize how badly we treat the Earth until something like this comes up. But we never do anything about it.

It bothers me how people act towards the Earth. They are the ones who are doing this. There needs to be a real change before it gets much worse than it already is.

Let’s all hope for a mile winter so there aren’t problems like last year. One of the ways to do so is to treat our planet better. People should recycle and not litter, they should pick up their trash and be responsible, and most of all, we should reduce carbon emissions before global warming becomes something that we cannot change.